We went to our first Chicago Blackhawks game (ice hockey) last night with my husband’s family. 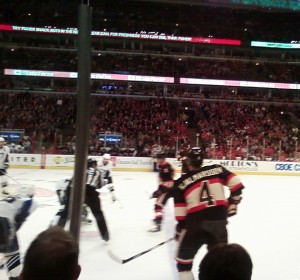 It was fun to watch, though they lost! I have to give thanks that when a hockey puck was shot forcefully over the glass barrier, it just missed my daughter! Sadly, it struck the woman right in front of her on the head (she had to leave because of her head injury), then it bounced over my daughter to the man behind her who hurt his hand. I think it would have knocked my daughter out!

We were seated by the penalty box. See the empty seat in front of us that the woman had to leave after being hurt? 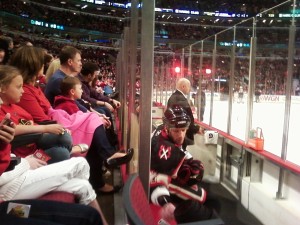 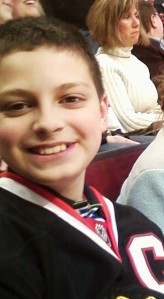 Our spring break officially ended, and we started back to school today!